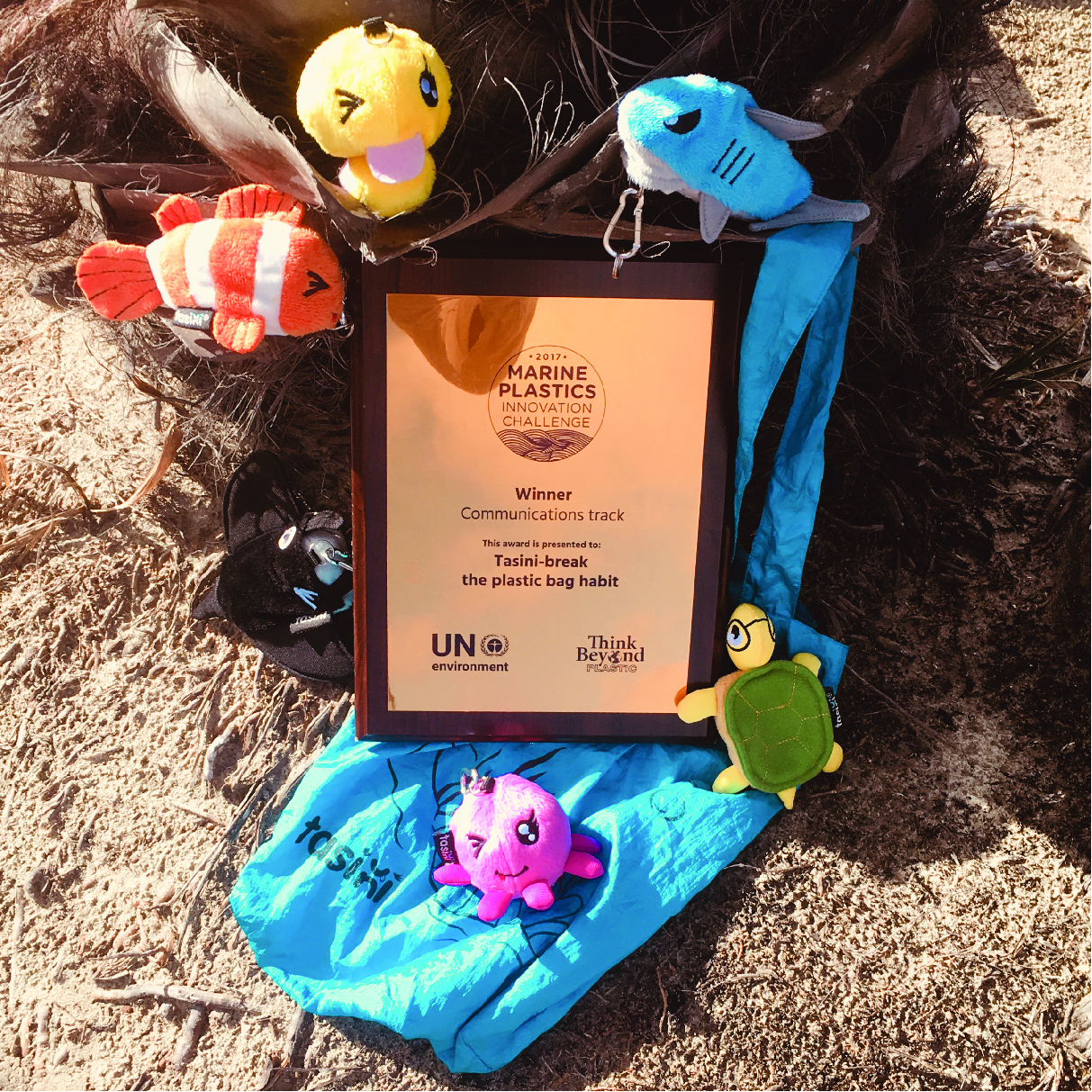 For their idea of ​​”Tasini”, the Indonesia-Germany environmental initiative Making Oceans Plastic Free (MOPF) received an award for innovation challenges by the United Nations environmental program (UNEP). The “Clean Seas Innovation Challenge” recognizes promising solutions for marine plastic pollution problems developed by students from all over the world. Together with three other projects, “Tasini” was chosen from more than 200 proposals submitted. This award was recently awarded in San Diego, USA, as part of the International Marine Waste Conference.

One of the biggest sources of marine plastic pollution in the world is the Indonesian archipelago. Last year China banned foreign plastic waste from entering the country and resulted in an increase in the amount of plastic waste sent to other Southeast Asian countries including Indonesia. At least 10 million plastic bags are used on an island every day. Collection of waste and functioning management infrastructure is still an exception rather than a rule. Environmental awareness is still low. Targeting at the root of the problem, the founders of MOPF developed the idea of ​​”Tasini”: a shopping bag that can be reused from recycled plastic waste in the form of marine animals. Small turtles, octopuses or sharks are environmental ambassadors who raise awareness about plastic pollution and also function as fashionable accessories. These folding bags appear as key chains and can save up to 400 plastic bags per year – a fun approach to nature conservation!

The production of “Tasini” bags with high environmental and social standards has now begun in Indonesia. “We can reduce production costs and thus reach more people,” a statement from Mr. Roger. Part of this project is a large-scale campaign to raise environmental awareness about the problem of marine waste. “We are developing a? Lm cartoon that is entertaining and educational with Tasini characters and an application for the Tasini game,” said Mr. Roger. His colleague, Mr. Pari, was also pleased with the positive feedback from outside Indonesia: “We also have great interest in Europe and America and are currently considering how we can use Tasini as the most effective approach in other areas to reduce the number of plastic bags used ”

According to UNEP, eight million tons of plastic goes into the ocean every year – this amount is the same as that which can be transported by full garbage trucks every minute. Plastics don’t disappear, marine animals will starve with their stomachs full of plastic waste, marine ecosystems are threatened, plastic will be destroyed into small particles and through food chains also affect human health.

UNEP launched a “Clean Seas” campaign in early 2017 to address the problem. “The winners of the Clean Seas competition have shown great creativity in proposing solutions to one of the most urgent environmental problems at the moment,” said Executive Director Erik Solheim in a UNEP press release.

Any cookies that may not be particularly necessary for the website to function and is used specifically to collect user personal data via analytics, ads, other embedded contents are termed as non-necessary cookies. It is mandatory to procure user consent prior to running these cookies on your website.